Busy times here at Casa Burns. Last Sunday I took Kayleigh to Bricktown with her cousin, Meggy and our favorite photographer, Sherry Lynch. Sherry took Kayleigh's senior pictures. I can only imagine that she took about 300 or more pictures.  Kayleigh is so photogenic it's going to be hard to choose the ones we want! We'll be able to look at them sometime after Thanksgiving! Next week we're going to order Kayleigh's graduation announcements and her cap and gown! We just signed up Kayleigh to take the ACT again in December, we're trying for the highest scores she can get. This year is going to by so quickly. We're hoping to make it a special one! 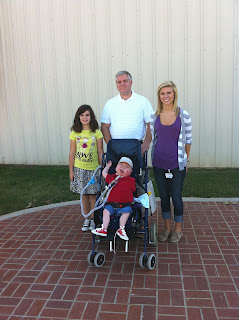 A nice walk on a Sunday afternoon!

Maddie recently had her first orchestra concert and the 4th grade musical was last week. She's excelling at everything she doing! I'm so proud of her. Maddie also has such a kind heart. She's missing being able to see Fletcher whenever she wants. Last week she made him a couple of pictures she wanted me to deliver to him. Fletcher loved getting this art work from his sister! He, in turn made her some art work, which she loved! Their bond is truly special! 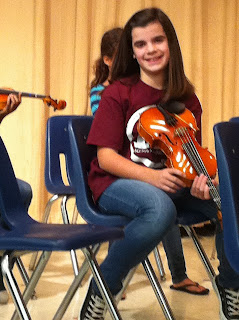 Maddie at her first orchestra concert... 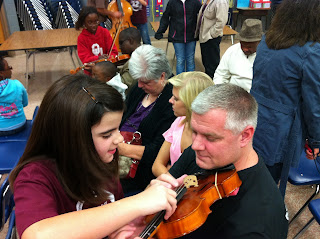 Maddie teaching daddy how to play the viola! 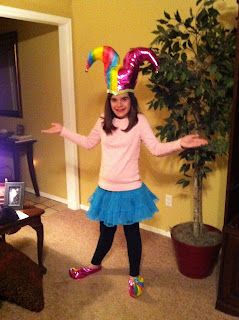 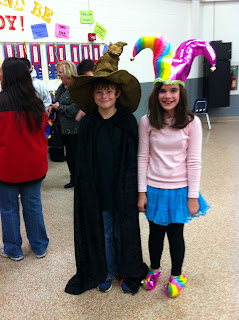 Last Friday night we checked Fletcher out of TCC and took him and Maddie to the Fall Festival at our church. We had to wake him up to get him ready so he wasn't full of personality until the end of the night, of course! He loved playing ring toss with our friends Heather, Danny and Tommy! 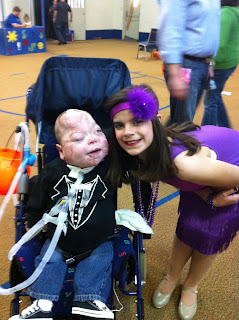 Fletcher was Maddie, the flapper's date! 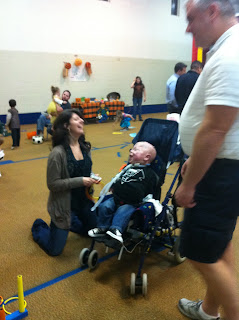 Heather talked him into the ring toss! 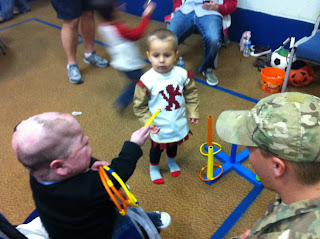 Fletcher has been a busy boy lately! He's been participating in swim therapy every Thursday and he's actually starting to enjoy it! Fletcher's also sprinting each day and some days he's sprinting as long as 12 hours at a time!! But those 12 hour days wear him out. His school situation isn't worked out to my liking but hoping to get it all figured out soon. Fletcher didn't go to kindergarten at all this week. He was on a round of antibiotics that really messed up his little tummy. On November 10th I'm taking Fletcher to have a renal ultrasound. I thought he had a UTI but all the lab work came back normal. But it seems as if he is experiencing some pain when he urinates so we need to find why. Craig and I wonder if since Fletcher is chronologically almost 7 years old but he has the body of a 2 year old, what's happening with his internal organs. Are they growing even though his little body isn't? And what does that mean? Lots of questions and praying for some answers. Other than all that Fletcher is doing great and is happy as can be! 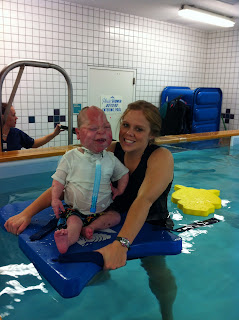 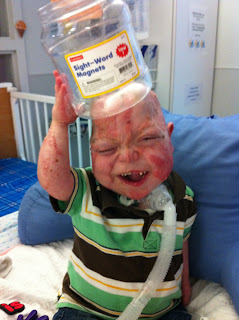 Sprinting and being silly!

Craig and I are doing well. As the girls are getting older and spending the night with friends and hanging out with friends, we're having some good quality time together on the weekends. We have a new favorite restaurant, Big Truck Tacos, that we've been frequenting on Friday nights. Craig's working hard each day and I'm taking care of the kids and the house. Well that's all for now. Hopefully I'll blog again as the holidays get closer! 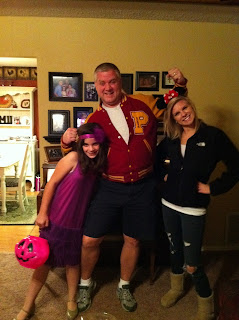 My new favorite picture! Craig and the girls before they leave to trick or treat!﻿